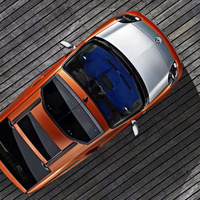 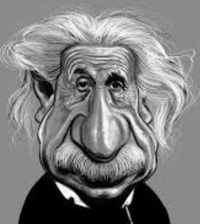 Mr Cobée, you have been head of Citroën since the beginning of 2020 - so you started the job when the pandemic began. What was that like?
"I only came back to Europe from Asia in mid-2019. And then suddenly there was this pandemic. Every morning at 7:30 a.m., we met in the PSA leadership team for a two-hour crisis meeting. Seven days a week! That's when we talked about how we were going to continue to produce and sell despite the restrictions, how we were going to secure jobs. That's a big challenge. And even more so when you come from Japan, where traditionally planning is very meticulous and flexibility is not people's No. 1 trait."

What did you bring back from Asia?
"I lived in Singapore, in Manila and then in Japan for 15 years. Before that, in the U.S., Canada and Djibouti. My children have moved 15 times, I speak English with them, my wife is American. When you move around so much, you have a much greater understanding that we humans are not the same. We all wake up in the morning, love our family, and need hope. But then come the differences: do you say what you think? Or do you say what your boss told you to say? Are they on time or not?"

Do you understand Japan?
"Maybe five or ten percent. In Japan, there are a couple of principles. First, you plan!"

...you might as well have come to Germany....
"Indeed, there is a reason why Germans and Japanese get along so well in business. Planning and accepting plans - that's the same in both countries."

Now you're the Head of Citroën. What are your plans?
"Hold on. I have the privilege of being the current protector of the brand. I'm Japanese there. The company is bigger than its employees! Did you know that in Japan you introduce yourself first with your company and only then with your name? Even at private meetings. I come from Citroën and my name is.... Why? Because the company defines you! You can find this strange, but we don't understand one thing: In Japan, people were starving in the 1950s. At that time, the government planned industrial construction. The company counted more than the individual employee. That was the only way to rise to become the second largest industrial nation in the world. That's where this group mentality comes from."

Where do you want to take the Citroën brand?
"For five years we have worked on our competitiveness. Now we are starting phase two of recovery. With new designs, new products, new technology. Since 2020, we've been offering cars that are more innovative and forward-thinking. Take the Ami, the C4, the C5 X. And we presented all of those during the pandemic! You don't usually start the competition by leaving the emergency room and running right away."

Your cars are based on platforms on which Opel and Peugeot are also built. How can you differentiate yourself there?
"There are clear demarcations there. For example, you won't find our seats or our Progressive Hydraulic Cushions in any other vehicle from our group. What does that lead to? Name me a car in the same class, from any manufacturer, that is more comfortable than a Citroën - you won't find one. That's what the brand stands for, and I haven't even talked about the price yet. We believe that new technologies must be affordable. E-cars should not cost 70000 euros, but 7000 euros. That's why we're building the Ami. By the way, I see our role not only as building cars. But also to explain to customers how to use them properly."

How?
"Currently, many plug-in hybrids are being sold -and criticized for not being eco-friendly. I see it differently: a plug-in hybrid makes sense if it is charged regularly. All the plug-in hybrids sold by the former PSA brands have driven 170 million kilometers so far - we can read that out. And they consume on average 1.5 to two liters less than a normal combustion engine."

But many customers never charge and drive the empty and heavy battery for a walk.
"That's our job, too: to educate our customers to use the plug. We have to talk to fleet managers, for example: 'You've ordered 100 cars, but none of them are charging. Why aren't you charging?' I want to change our customers' behavior in that regard. That's a social obligation."

Why do you actually flog your cars? Currently, for example, you offer the ë-C4 to commercial customers for 75 euros a month.
p"I don't deny that we have such an image in some countries. What matters to us is that everyone should be able to afford our cars, including e-cars. And at the same time, we have to be profitable. Are we perfect at it? No, but we are working on it. We don't want to be a discount brand.

French people have a great national pride. Which is your favorite country? France? Japan? USA?
"Australia! Perth is just wonderful."