As Autocar UK understands, PSA Peugeot Citroen‘s premium DS brand will be attempting to move further upmarket in the near future by turning most, if not all, of its attention towards sedans and SUVs. Speaking to the publication of the recent ‘DS Week’ exhibition, DS global sales and marketing boss, Arnaud Ribault, said that “…in the B, C and D-segments, the DS brand will concentrate on SUVs and sedans.”

“These are the most important segments for us. We will also have an SUV model in Europe in the future,” he added, in reference to a Euro-oriented counterpart to the China-only DS 6. Said model will only be offered with a petrol engine, coupled to an automatic transmission. “For European sales, we would also need diesel engines,” added Ribault.

The shift towards a sedan- and SUV-focussed lineup has been hailed as one of the brand’s key moves to establish itself as a standalone marque under the PSA umbrella. As such, the DS brand will be revamping its current lineup to feature six, all-new models by the year 2020 – including China-only models.

In the future, all DS models will drop the Citroen badge with the recently-facelifted Citroen DS5 receiving the first round of said updates – the model will now be referred to as the DS 5 (pictured above). In China, the marque offers three models, the DS 5, DS 5LS sedan (below) and DS 6 crossover while European markets get the DS3, DS4 and the aforementioned DS 5.

As the Chinese-destine 5LS and 6 are built on ageing platforms, said models will most definitely be the first ones to go under the chopping block when the DS brand starts revamping its entire model lineup – including the European range. Expect the Citroen DS3 hatch to be axed and replaced by a compact SUV, then.


Reports are also indicating that up to four new models in the six-strong new lineup would be sedans – leaving the DS3 and refreshed DS 5 to be substituted by SUVs. As expected, not all six will be on sale in Europe as some will be destined for China and China only – a (possible) bespoke model further reinforces the importance of the Chinese market.

In terms of technical specifications, however, not much can has been revealed as of now but Ribault has commented that future DS models will be tuned for “dynamic hyper-comfort” – a setup the brand describes as a “subtle balance between dynamic handling and extreme comfort.”

Additionally, future large DS models are expected to be equipped with a mechanical 4WD system. In a tech-led nod to the past, the new DS models will also feature “advanced suspensions using electronics and cameras. We will be at the forefront of comfort,” added Apode.

Furthermore, DS models will also aim to possess class-leading economy and CO2 figures – a fact made concrete by Apode when he said that “…we never had a V8 or W12 and that’s the territory of the Germans – they’re the best, and we won’t go there. We’ll look for power, but not 500bhp, not even 400.” 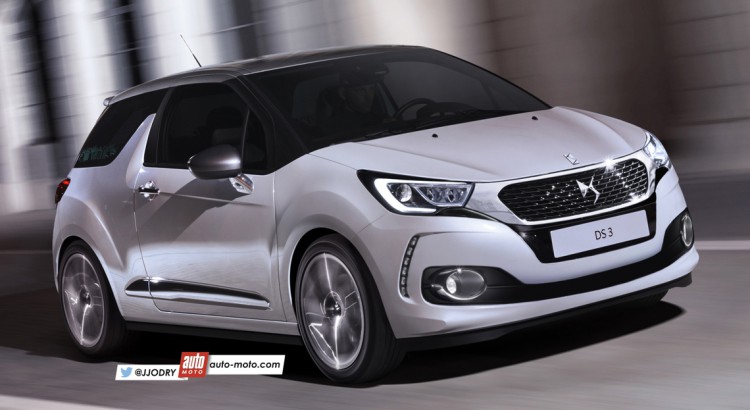